We are pleased to let the general public know that the management of Adekunle Ajasin University, Akungba (AAUA) has released its 2022/2023 cut off mark as well as the steps on how to calculate it. 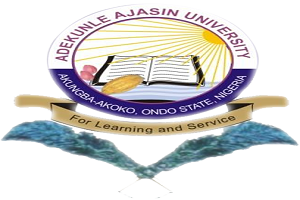 Adekunle Ajasin University was first established as Obafemi Awolowo University in March 1982 by the government of the old Ondo State, headed by the late Chief Michael Adekunle Ajasin. The immediately succeeding military government of Navy Commodore Michael Bamidele Otiko changed its name to Ondo State University in 1985. Its relocation to Akungba Akoko in the new Ondo State became imperative in 1999, following the creation of a new state out of the old Ondo three years earlier in October 1996. The bill backing the relocation was signed into law by the then Governor of the State, Chief Adebayo Adefarati, in November 1999, and that prompted the movement of a crop of workers from the old site in Ado-Ekiti to Akungba Akoko on 1 December 1999. The bill for yet another name change, this time to Adekunle Ajasin University, in order to immortalise the late Governor Ajasin, was signed into law by Governor Adefarati in 2004 following the demise of the former. The amended and subsisting statute of the university was signed into law in November 2007 by yet another governor, the former Governor Olusegun Agagu . In these circumstances, it can rightly be said that while the history of AAUA started in 1982, its relocation on 5 November 1999 marked the beginning of the second phase of its history now in its present location, Akungba Akoko.

What Is Aggregate Score

hat means the candidate must get at least 50 Questions Correctly.  The aggregate score will be used to determine the cut-off point for admission into each of the programmes. Cut-off points for each course will be determined by the performance of all the candidates who applied for the course.

After every UTME exercise, a particular mark is set out by the exam body {e.g 120}. This mark is a score a candidate must have or cross, to qualify him or her to sit for the chosen school’s POST UTME exercise. This said mark is announced to all school’s to enable them decide the number of candidates they will admit.
After the school’s decision, they announce a particular mark which must not be lower than the mark the UTME body fixed. Any candidate who cross the mark set by the UTME body and did not reach the chosen school’s mark, is NEVER eligible to sit for the school’s POST UTME.
This mark or score set by the school admission board is known as SCHOOL’S CUT OFF MARK..

The current UTME Cut off Mark for AAUA is 160. The Adekunle Ajasin University, Akungba is inviting candidates who made AAUA their first choice in the recently concluded UTME for admission into their department of choice.

AAUA also has supplementary forms for candidates who did not meet the minimum cut off point for their department. Candidates are expected to have at least 5 Credits in their WASSCE or NECO Result in addition to scoring at least 160 in the UTME. That is the current cut off mark for all the departments in AAUA. Candidates who wish to apply for admission into Adekunle Ajasin University, Akungba should read about AAUA Post UTME and also visit AAUA Portal.

AAUA Departmental cut off mark is 160. Subsequent changes to this cut off mark will be updated on The Adekunle Ajasin University, Akungba website. It has been stated that only candidates who put AAUA as their first choice are eligible to apply.

Below are the cut off marks by departments

For example, in order to calculate your AAUA Post UTME aggregate score, the formula purportedly adopted by the institution is the summing up of your UTME (JAMB) SCORE divided by 8 and your POST UTME SCORE divided by Your Jamb score is allocated 50%, Your O’level is 20% and your post-ume is 30%.

O level is calculated using the 5 core subjects(core to the course you wish to study as decided by the University) as follows:

And maximum is 30 points. The total points is then prorated to 20 through multiplication by 2/3.

Here is the score many candidates seem to find rather confusing. Some complain of having a higher score in the POST-UTME than university cut-off points without being admitted. But what they must understand is that even if they score 100% in that exam it amounts only to 30% of the cut-off point. So their Post -Utme score is usually prorated to 30 marks using 0.3 as the multiplier

Example: If a candidate had 202 in Jamb and his O level goes Like this: Maths-B3, Chemistry-C4, Biology- B2, English- C5, Physics-C6, Economic-B3, Geography-A1 and had 58% in the post utme. The he can calculate his composite, by following the format below:

Now note the 5-point gap between the composite total and what he scored in the post-utme. That 5-point gap may result in not being granted admission! Okay?

Alternatively you can follow this Example 2 to know your AAUA Post UTME aggregate score and chances of Admission:

If you scored 290 in UTME (JAMB) and went on to score 70 in POST UTME, your aggregate score will be calculated as follows: 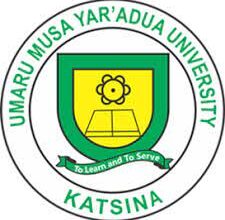 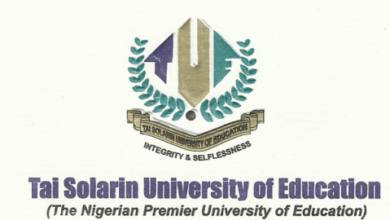 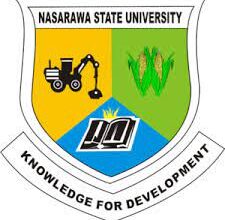