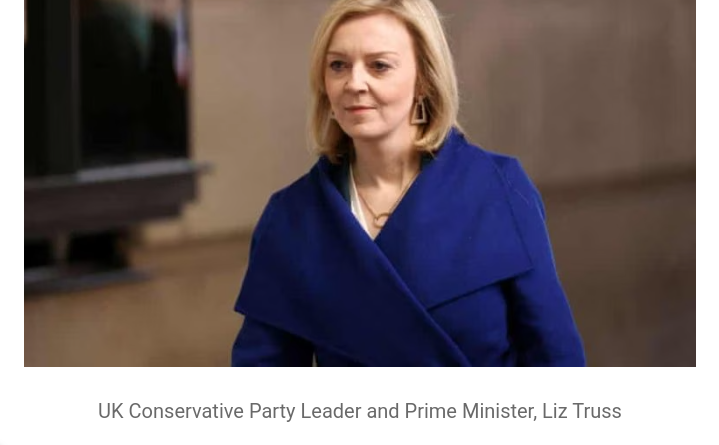 Liz Truss was named the new leader of the Conservative Party in the United Kingdom on Monday, after defeating her challenger, Rishi Sunak, in a Tory vote in which she received 81,326 votes to Sunak’s 60,399 votes.

Truss is now the Prime Minister of the United Kingdom, succeeding Boris Johnson, who resigned in early July after a scandal-plagued tenure.

Truss, 47, will be the third female Prime Minister of the United Kingdom, following Margaret Thatcher and Theresa May.

Truss served as the UK’s Secretary of State for Foreign, Commonwealth, and Development Affairs since 2021, and as the Minister for Women and Equalities since 2019.

2 – Truss attended West Primary School in Paisley, Scotland. She then attended Roundhay School, in the Roundhay area of Leeds.

3 – She read Philosophy, Politics and Economics at Merton College, Oxford, graduating in 1996.

8 – Truss served as the chair of the Lewisham Deptford Conservative Association from 1998 to 2000.

9 – She unsuccessfully contested the Greenwich London Borough Council elections in 1998 (for Vanbrugh ward) and 2002 (in Blackheath Westcombe).

10 – She was elected as a councillor for Eltham South in the Greenwich London Borough Council election on May 4, 2026.

11 – Under David Cameron as Conservative leader, Truss was added to the party’s ‘A List’.

12 – On September 4, 2012, Truss was appointed as Parliamentary Under-Secretary of State at the Department for Education, with responsibility for childcare and early learning, assessment, qualifications and curriculum reform, behaviour and attendance, and school food review.

13 – In a July 15, 2014 cabinet reshuffle, Truss was appointed Secretary of State for Environment, Food and Rural Affairs, replacing Owen Paterson.

15 – On June 11, 2017, following the general election, she was moved to the position of Chief Secretary to the Treasury.

16 – She was promoted by Boris Johnson to the position of Secretary of State for International Trade and President of the Board of Trade. Following the resignation of Amber Rudd, Truss was additionally appointed Minister for Women and Equalities.

17 – On September 15, 2021, during a cabinet reshuffle, Johnson promoted Truss from International Trade Secretary to Secretary of State for Foreign, Commonwealth and Development Affairs, thus becoming the second woman to hold the position after Margaret Beckett.

18 – On July 10, 2022, Truss announced her intention to run in the Conservative Party leadership election to replace Boris Johnson after the latter’s resignation.

20 – On September 6, 2022, Liz Truss will be officially made the Prime Minister of the United Kingdom, becoming the third female to occupy that position. 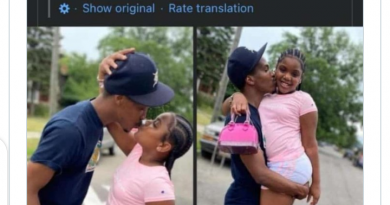 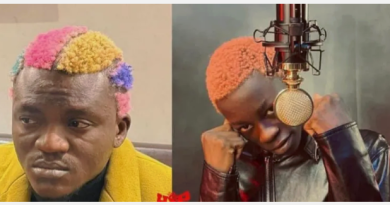 Olamzzy, a 17-year-old artiste recently signed by Portable, is reportedly expecting his first child with his 16-year-old girlfriend 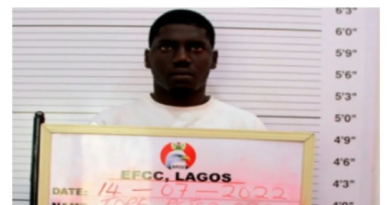