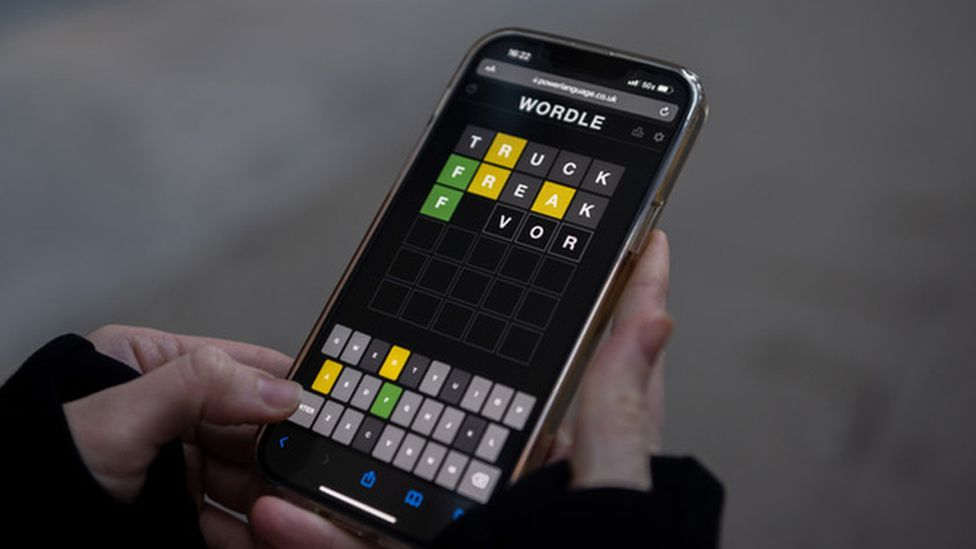 Following a sale to the New York Times, the creator of the word game hit Wordle expressed his surprise at its success (NYT).

Josh Wardle, a software programmer, released the simple internet game for free in October and has now sold it for an undisclosed seven-figure sum.

He claimed that the game, which has tens of millions of users, “has grown to be much larger than I could have expected. It’s been fantastic.”

The New York Times intends to utilize the game to increase online subscriptions.

The media conglomerate stated that it will “initially remain free” to play, sparking concerns that the plan is to charge in the long run.

Mr Wardle has always wanted the game to be free, but the surprising success of something he came up with during lockdown for just himself and his girlfriend has surprised him.

He thanked users on Twitter for sharing heartfelt stories about the game’s impact on their lives and relationships, and expressed his delight at the takeover.

“It’s been fantastic to watch the game offer so much joy to so many people, and I’m so grateful for the personal experiences some of you have shared with me – from Wordle bringing long-distance family members together, to inciting friendly rivalries, to assisting with medical recovery,” he said.

The game challenges players to find a five-letter word in six guesses.

A new puzzle is published every day and players can post how quickly they solved the colourful grid on social media – but in a way that does not spoil the answer for those still playing – which is why, Mr Wardle said, it managed to capture the imagination of so many users.

Mr Wardle announced the deal in a statement posted on Twitter, saying he had “long admired the NYT’s approach to their games and the respect with which they treat their players”.

The New York Times said it bought the hit word game from its creator for a price “in the low seven figures”.

“The Times remains focused on becoming the essential subscription for every English-speaking person seeking to understand and engage with the world. New York Times Games are a key part of that strategy,” a statement said.

“Our games already provide original, high-quality content and experiences every single day. Wordle will now play a part in that daily experience, giving millions more people around the world another reason to turn to The Times to meet their daily news and life needs,” it added.

The game can be played in just a few minutes. Players begin by guessing any five-letter word.

‘I’m hoping they don’t start charging,’ says the narrator.
Matthew Robertson, a Wordle fan, said he first learned about the game a few weeks ago after reading about it in the news.

It becomes a bit of an addiction for most gamers who find Wordle. “I’m not excellent at it,” he said to the BBC, “but it’s still fun and gets me thinking.”

“I think the setup and operation are really ingenious. It’s also something you can do every day.”

Mr Robertson, who lives in Sheffield and has just recently discovered the game, is hoping that the New York Times does not place Wordle behind a paywall.

He volunteers at his neighborhood library, among other places.”I hope that the New York Times doesn’t charge, as that will make it difficult for me to play,” he said. “Apart from that, I see no issue with them taking it over.”

Wales-born Mr Wardle, who graduated from university in London in 2006 and moved to the US for a masters degree in 2008, worked as a software engineer at Reddit.

He said he had “really got into” the New York Times crossword and spelling games during the pandemic.

In January, Mr Wardle told the BBC’s Today programme he had come up with a prototype for the game in 2013 but his friends had not been keen on it.

“Last year, my partner and I got really into crosswords and word games and I wanted a game for us to play each morning as part of our routine,” he said.

He then shared it with his family on WhatsApp before opening it up to the public.

Asked whether he planned to make money from it, he said: “I don’t understand why something can’t just be fun. I don’t have to charge people money for this and ideally would like to keep it that way.”

I no longer have any connection to Chioma. Stop equating myself with the past, Chioma's purported ex...August 19, 2022, 8:14 pm
The police in Lagos state have arrested Esther Paul, pictured above, for reportedly stabbing her boy...November 20, 2022, 12:34 pm
Dunsin Oyekan, a gospel singer, has survived from a horrific car accident.September 4, 2022, 5:53 pm
After ShopRite, Massmart, a South African company, bids Nigeria farewell and sells all of its assets...September 5, 2022, 5:53 pm
How to Get Your First Job in 12 Easy StepsJanuary 31, 2022, 4:46 am
Post Views: 55
Share this:
News, Technology, TOP STORIES, Uncategorized, USA, World News, World News Tags:#crosswords, #game, #newyorktimes