A cryptocurrency, such as Bitcoin (BTC), eliminates the need for a third party to be involved in financial transactions by acting as money and a means of payment independent of any one person, group, or entity. It is available for purchase on numerous platforms and is given to blockchain miners as compensation for their efforts in verifying transactions.

By utilizing the alias Satoshi Nakamoto, an unidentified developer or group of developers presented Bitcoin to the general public in 2009.

Since then, it has grown to be the most well-known cryptocurrency worldwide. Numerous additional cryptocurrencies have been developed as a result of its popularity. These rivals either try to supplant it as a means of exchange or serve as utility or security tokens.

Learn more about the cryptocurrency that started it all—the history behind it, how it works, how to get it, and what it can be used for.

The domain name Bitcoin.org was registered in August 2008.
At least as of right now, this domain is protected by WhoisGuard, making it impossible to learn who registered it.

On the Cryptography Mailing List at metzdowd.com in October 2008, someone or some organization going by the fictitious name Satoshi Nakamoto posted: “I’ve been working on a new electronic payment system that’s totally peer-to-peer, with no trusted third party.” “Bitcoin: A Peer-to-Peer Electronic Cash System,” a now-famous white paper that was posted on Bitcoin.org, would go on to become the Magna Carta for how Bitcoin functions today.

Block 0—the very first Bitcoin block—was mined on January 3, 2009. This is also referred to as the “genesis block” and contains the text: “The Times 03/Jan/2009 Chancellor on brink of second bailout for banks,” which may serve as both relevant political commentary and as evidence that the block was mined on or after that date.

The smallest unit of a bitcoin, which is divisible to eight decimal places (100 millionths of a bitcoin), is known as a satoshi. If required, and provided that the participating miners accept the modification, Bitcoin

Bitcoin, as a form of digital currency, isn’t too complicated to understand. For example, if you own a bitcoin, you can use your cryptocurrency wallet to send smaller portions of that bitcoin as payment for goods or services. However, it becomes very complex when you try to understand how it works.

A blockchain and the network needed to power it contain cryptocurrency. A distributed ledger, or blockchain, is a common database that houses data. The blockchain uses encryption to protect the data inside. On the blockchain, when a transaction occurs, data from the previous block is copied to a new block with the new data, encrypted, and the transaction is validated by validators, or miners, in the network. A new block is constructed and handed as a reward to the miner(s) that verified the data in the block once a transaction has been confirmed, and they are then free to use, hold, or sell the new Bitcoin.

Transactions are placed into a queue to be validated by miners within the network. Miners in the Bitcoin blockchain network all attempt to verify the same transaction simultaneously. The mining software and hardware work to solve the nonce, a four-byte number included in the block header that miners are attempting to solve. The block header is hashed, or randomly regenerated by a miner repeatedly until it meets a target number specified by the blockchain. The block header is “solved,” and a new block is created for more transactions to be encrypted and verified.

Bitcoin mining can be done using a wide range of hardware and software. When Bitcoin was first made available, it was possible to mine it on a personal computer in a competitive manner. But as it gained popularity, more miners joined the network, decreasing the likelihood of being the one to figure out the hash. If your personal computer has modern hardware, you can still use it to mine, but the likelihood of you successfully solving a hash on your own is quite slim.

This is due to the fact that you are up against a network of miners that produce 220 exabillion hashes (220 quintillion hashes) each second.

Application Specific Integrated Circuits (ASICs), which are machines made expressly for mining, have a hash rate of roughly 255 trillion per second. When compared, a computer with the latest hardware hashes around 100 mega hashes per second (100 million).

To successfully become a Bitcoin miner, you have several options. You can use your existing personal computer to use mining software compatible with Bitcoin and join a mining pool. Mining pools are groups of miners that combine their computational power to compete with the large ASIC mining farms.

If you have the financial means, you could also purchase an ASIC miner. You can generally find a new one for around $20,000, but used ones are also sold by miners as they upgrade their systems. There are some significant costs such as electricity and cooling to consider if you purchase one or more ASICs.

There are several mining programs to choose from and many pools you can join. Two of the most well-known programs are CGMiner and BFGMiner. When choosing a pool, it’s important to make sure you find out how they pay out rewards, what any fees might be, and read some mining pool reviews.

How Can I Purchase Bitcoin?

Bitcoin can be bought through a cryptocurrency exchange if you don’t want to mine it. Due to its high price, most people won’t be able to buy a whole bitcoin, but you can buy fractions of it on these exchanges using fiat money like dollars. For instance, by setting up an account and funding it, you can purchase bitcoin on Coinbase. Your bank account, credit card, or debit card can be used to fund your account.

How Does Bitcoin Work?

Initially intended and launched as a peer-to-peer payment system, bitcoin. But as its value rises and it faces competition from other blockchains and cryptocurrencies, its use cases are expanding.

You need to have a cryptocurrency wallet in order to use your Bitcoin. The private keys for your bitcoin are stored in wallets and must be entered when making a transaction. Many merchants, retailers, and stores accept bitcoin as payment for goods and services.

Brick-and-mortar stores that accept cryptocurrencies will generally display a sign that says “Bitcoin Accepted Here”; the transactions can be handled with the requisite hardware terminal or wallet address through QR codes and touchscreen apps. An online business can easily accept Bitcoin by adding this payment option to its other online payment options: credit cards, PayPal, etc.

As Bitcoin gained prominence, investors and speculators developed an interest in it. Bitcoin sales and purchases were made possible by the emergence of cryptocurrency exchanges between 2009 and 2017. Prices started to increase, and demand climbed gradually up until 2017, when it broke the $1,000 barrier. Many people started buying bitcoins to hold because they thought the price would keep rising. Short-term trading on bitcoin exchanges was introduced by traders, and the sector quickly expanded.

Thus, many people purchase Bitcoin for its investment value rather than its ability to act as a medium of exchange. However, the lack of guaranteed value and its digital nature means its purchase and use carry several inherent risks. For example, many investor alerts have been issued by the Securities and Exchange Commission (SEC), the Financial Industry Regulatory Authority (FINRA), and the Consumer Financial Protection Bureau (CFPB) regarding Bitcoin investing.

How Much Time Is Needed to Mine 1 Bitcoin?

The mining network needs 10 minutes on average to validate a block and produce the reward. 6.25 BTC are awarded for each block in bitcoin. For 1 BTC to be mined, this equates to around 100 seconds.

Bitcoin: Is It a Smart Investment?

The short investment history of bitcoin is marked by extreme price volatility. Your financial situation, investment portfolio, risk tolerance, and investment objectives will all influence whether it is a wise investment. Before investing in cryptocurrencies, you should always seek advice from a financial expert to be sure it is appropriate for your situation.

How Does Bitcoin Make Money?

By validating blocks and earning rewards, the Bitcoin network of miners generates revenue. Through cryptocurrency exchanges, bitcoins can be converted into fiat money and used to make purchases from businesses that accept them. Buying and selling bitcoins can generate income for investors and speculators.

This article does not constitute a recommendation by Investopedia or the author to invest in cryptocurrencies or other Initial Coin Offerings (“ICOs”). Investing in cryptocurrencies and other ICOs is very hazardous and speculative. Before making any financial decisions, it is always advisable to get the advice of a knowledgeable specialist because every person’s circumstance is different. No guarantees or claims are made by Investopedia on the timeliness or accuracy of the information provided here.

Bluehost: About Bluehost Website Hosting and why it’s recommended

Five (5) Online Businesses You Can Launch Without Any Money

Bluehost: About Bluehost Website Hosting and why it’s recommended

Five (5) Online Businesses You Can Launch Without Any Money 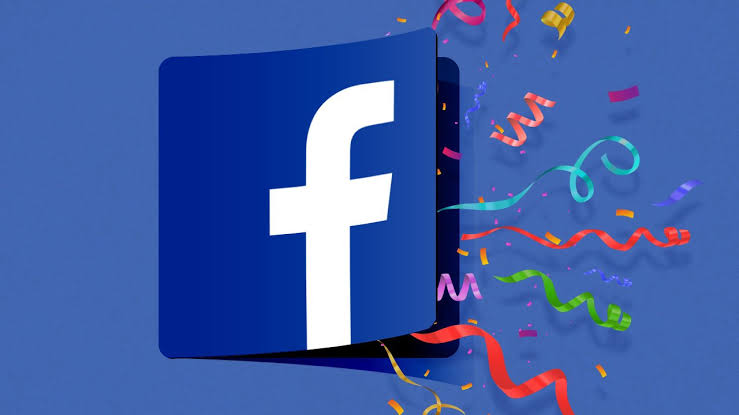 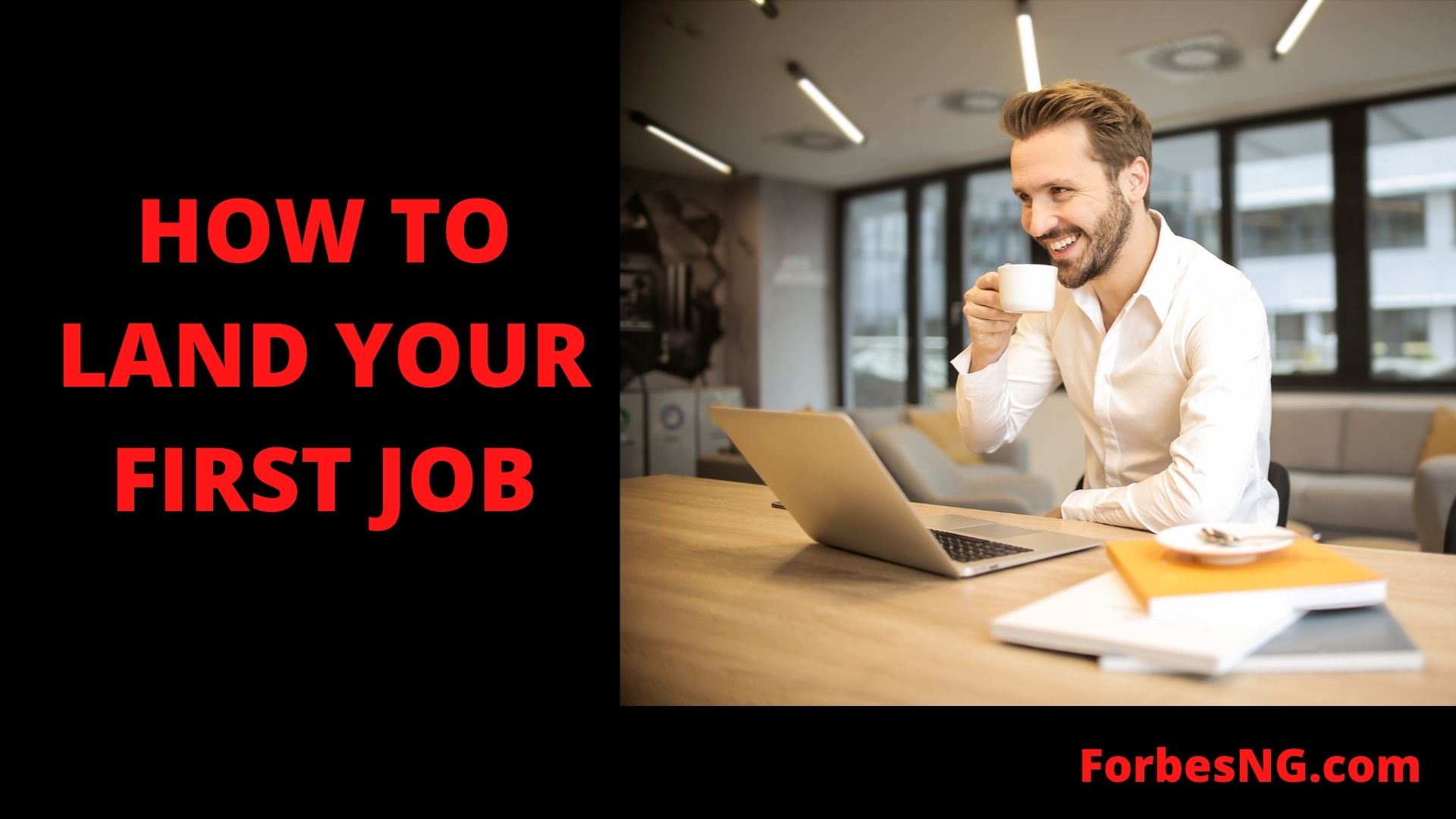 How to Get Your First Job in 12 Easy Steps 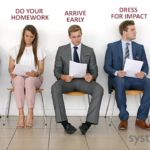 Things You Need To Know About Job Interview Etiquette 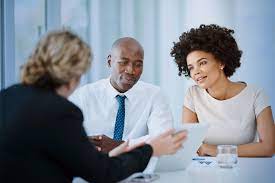 5 Job Interview Tips: How To Make a Great Impression